This website compiles information on the careers of Hong Kong women filmmakers from the 1997 handover to the present. It aims to document the contribution women filmmakers have made to Hong Kong film culture during this time and situate their work against the backdrop of recent Hong Kong history and politics. The post-1997 era has been an enormously productive period for women media artists working in the Hong Kong Special Administrative Region (HKSAR), and they shine as major figures in local, regional, and global motion picture culture. Taking the change in sovereignty as a starting point, this website compiles information on key films by established and emerging women directors, producers, and scriptwriters in order to explore the role played by these women in highlighting specific issues involving gender, sexuality, politics, and aesthetics.

March 27 and 28, 2020
Center for the Study of Globalization and Cultures, Faculty of Arts, University of Hong Kong

Women filmmakers are severely underrepresented in general film distribution (theatrical and auxiliary), film festivals and awards: a phenomenon that adversely affects the visibility of female filmmakers from Asia. However, there has been little concrete investigation into the mechanisms that underpin the status quo. Through engaging international specialists on women in film, this conference seeks to dissect the system, pinpoint the weak spots and identify a possible remedial course of action toward improving the situation of women filmmakers.  The goal of our conversation will not only be to increase knowledge on these matters but to make practical recommendations to the film industry, film festivals, and other institutions.

This conference brings together academics and practitioners to create the opportunity for engagement between communities within the Asian region and beyond. Our objective with this conference is to bring together female academics and practitioners (many of whom have academic credentials as well) for a discussion that focuses on the pitfalls in women’s careers in cinema, aims to identify specific problem areas, and produces concrete remedial recommendations that will then be disseminated to the wider international community.

This follows our successful local summit devoted to women in Hong Kong film higher education (November 2018) and a follow-up on HeForShe male allies (May 2019).  In addition, it supplements information on our website/database devoted to Hong Kong women filmmakers active since 1997(https://hkwomenfilmmakers.wordpress.com/) as well as our directory (https://sites.google.com/view/hkwfhighered/home) on men and women involved in promoting gender equality in film education in Hong Kong.

Professor Dina Iordanova, University of St. Andrews, Scotland, and Professor Soyoung Kim, Korea National University of the Arts will deliver keynote speeches. In addition, Meaghan Morris, Professor of Gender and Cultural Studies at the University of Sydney will be our special guest.

If you would like to present a paper, please send us a title, 250-word abstract, brief bio, and contact information by December 31, 2019. We also welcome self-nominations for delegates to the conference. We are, unfortunately, unable to provide travel and accommodation; however, there is no registration fee and some meals/refreshments will be provided for registered participants.

All correspondence should be sent to Gina Marchetti and Christine Vicera at viceracn@hku.hk with “Asian Women Filmmakers 2020 (Paper)” in the subject line. We will send out notifications of acceptance by January 15, 2020, and open registration after that date.

In an age where cross-cultural interactions and global traffics are frequent, Hong Kong cinema cannot be regarded merely as a local cinema. It is an interesting site where complex global processes can be traced. Flows of capital, film personnel, technologies, ideas and creativity are vibrantly circulating inside and outside the cultural industry of filmmaking, resulting in phenomena such as transnational co-productions and cross-cultural cooperations.

This course takes students on an interdisciplinary exploration of the local-global interactions from a variety of approaches. With a selection of Hong Kong films, the course aims to help students attain a thorough understanding of the two-way relationship between the local, popular entertainment and the global film scene by investigating the major questions concerning globalization.

In week 3 of our course, we have a module dedicated to Mable Cheung, an important woman filmmaker of Hong Kong. In this unit, we will be using Cheung’s An Autumn’s Tale as a case to explore themes of identity, race, gender, and culture in migration, and how they intersect to create stories with historical significance. We also examine the role of migration melodramas in documenting the diasporic experience. 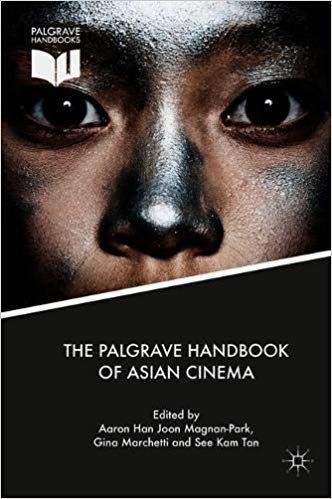 The Palgrave Handbook of Asian Cinema (2018)

This collection offers new approaches to theorizing Asian film in relation to the history, culture, geopolitics and economics of the continent. Bringing together original essays written by established and emerging scholars, this anthology transcends the limitations of national borders to do justice to the diverse ways in which the cinema shapes Asia geographically and imaginatively in the world today. From the revival of the Silk Road as the “belt and road” of a rising China to historical ruminations on the legacy of colonialism across the continent, the authors argue that the category of “Asian cinema” from Turkey to the edges of the Pacific continues to play a vital role in cutting-edge film research. This handbook will serve as an essential guide for committed scholars, students, and all those interested in the past, present, and possible future of Asian cinema in the 21st century. 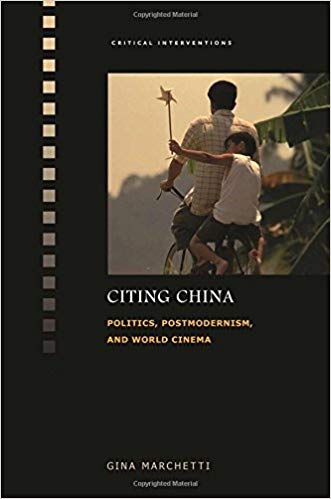 Citing China offers a framework for examining cinematic influence as a dynamic and multidirectional process. It is carefully researched, theoretically sophisticated, and animated by detailed and historically nuanced studies of individual films, making clear just how much a part of global film culture today’s China is. The book makes important contributions to debates in transnational film studies, postmodern versus modernist aesthetics and politics, and Asian as well as European art cinema. This book includes two chapters on Ann Hui’s Ordinary Heroes (1999) and Clara Law’s Like A Dream (2009) and Red Earth (2010).

Edited by the Hong Kong Film Critics Society, 許鞍華 電影四十 (Ann Hui — After Four Decades) looks at the creative career of one of the most revered figures in Hong Kong cinema. Over a forty-year career, Ann Hui has created an oeuvre that is significant in both the areas of commercial and art cinema. Her works serve as continuous reflections on the history and identity of Hong Kong. This book includes a chapter by Prof. Gina Marchetti on Ann Hui as a Hong Kong film auteur.